I’m not sure when this happened, but lately all the companies that make disc batteries (AKA watch batteries, or coin batteries) are making them bitter. (No, not better, bitter.)

That is, they are coating the batteries with a substance that has an unpleasant taste. The intention, apparently, is to discourage morons and children (now there’s a fine line of distinction) from eating batteries.

I am not making this up. The craze about eating Tide Pods (if it was real, which I’m not so sure) was understandable, to a degree. The pods look edible, but batteries? C’mon. Who looks at that and thinks to themselves, “Mmmm, I’ll put that in my mouth.” (Rhetorical question; see “morons and children,” above.)

Sure, kids don’t know any better. So parents, you should do as generations have done before — keep small non-edible items unreachable until such time your kids can be taught to be less stupid. Problem solved.

Now, if battery embitterment is new to you, you might be thinking “Geez, Gordon, what’s the big deal?” Here’s the issue: The coating prevents the battery from working! You have to wash off the coating — using rubbing alcohol — to allow the battery to make electrical contact with the device in which you’re installing it.

If you’re aware of this, it’s a pain in the ass. But if you’re not aware of it, you’ll think the new battery is dead. And then you’ll discover that every single battery in the expensive package of batteries is also dead. But they’re not, they’re just broken by the coating.

So now you know better. Thank the morons, shitty parents, and nanny politicians for the situation.

Of all the remote controls that should light up in the dark, the one for the Tempur-pedic bed is a natural. And it does light up, nicely, but unfortunately, there is no way to turn on its light without triggering a command. This is an unfortunate design choice.

The only command that you can quietly activate, without moving the bed’s mechanics, is the under-bed lighting system. But finding this single button in the dark is a challenge, particularly if you’re not fully awake. 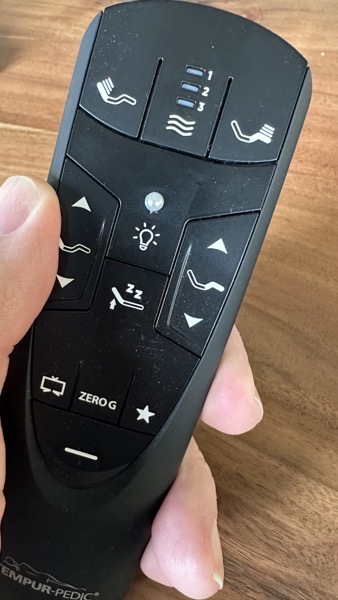 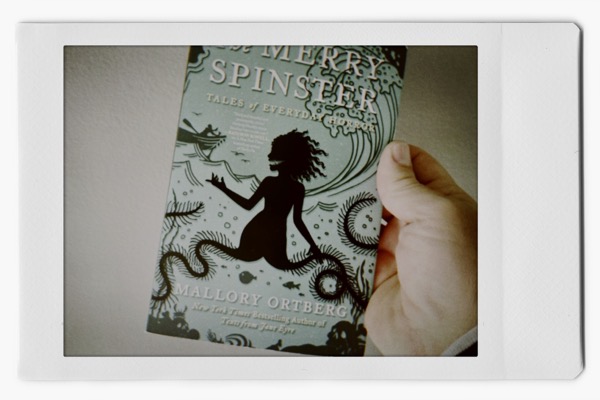 This 2018 short story collection by Mallory Ortberg is subtitled “Tales of Everyday Horror.” While I would quibble with the “everyday” designation (the book is quite otherwordly), I fully agree with “horror.”

Each of the eleven stories is essentially a fairy tale for adults. You may recognize some of them right away, while others draw from a diverse range of influences, which are thoughtfully outlined in an appendix. For example, for “The Thankless Child,” the author cites influences that include Cinderella, King Lear, and Psalm 139. I loved that this appendix is included in the book!

The writing is crisp, clever, and sometimes challenging as Ortberg freely plays with pronouns and genders in several of the stories. This is fun, and contributes to keeping the reader engaged with the unfamiliar. (Talking fish, mermaids, and gender roles by choice not fiat! Where is this is place‽)

I should also mention that, generally speaking, the stories are dark. Ortberg’s take on The Velveteen Rabbit will stick with me for a very long time. As a back-cover blurb observes: “The Merry Spinster will ruin your most-loved fables, in the best possible way.”

Here are just a few of the many phrases and concepts that tickled my fancy:

I bought my copy at The Writer’s Block, but of course, it’s also available at the Amazon. Enjoy!

I’ve recently installed two Schlage BE365 PLY 626 Plymouth Keypad Deadbolt locks, and I have to say, they’re fantastic. Installation, while intimidating, was quick and simple.

The first lock replaces an Emtek E3020 EMTouch Electronic Keypad Deadbolt that had stopped working. The reason for its failure was its construction, but frankly it never should have been installed where it was. (I didn’t do it.) The lock was installed on a set of French doors, a situation for which a motorized lock is not suited. That’s because the alignment between the doors is too variable and, as anyone who has lived with French doors knows, frequently requires nudging to get them to align for locking. The Emtek lock, with its internal plastic parts, just couldn’t handle the variable resistance of moving the cylinder.

The Schlage model that I replaced it with is a manual lock. The keypad controls engaging the chamber, but you move the cylinder by hand. This allows you to feel when the doors need a little jiggle to align. (Additionally, the Schlage is constructed of metal, so it is sturdier.)

There’s a nine-volt battery that powers the keypad, which I expect to last longer than the one in the Emtek because it’s not running a motor that moves the cylinder. Other advantages of the Schlage, to my thinking anyway, is that it is less expensive, doesn’t suffer from Z-Wave or other home automation hassles, and thus doesn’t have a weird app that you have to deal with. (I’m looking at you, Rachio sprinkler controller.)

Sure, by going with a manual lock, I forgo being able to lock the door with my iPhone and any form of remote control or notifications. Furthermore, the Schlage lock only supports a finite number (19) of passcodes. The appearance of the lock is also a bit dated. But none of that bothers me when the trade-off is a sturdy piece of hardware that “just works.”

I like the Schlage lock so much that I installed a second one in the garage. The benefit of not having to fumble with keys when carrying groceries is heavenly.

I bought mine from Amazon, after checking local hardware stores and discovering a stock of an overwhelming number of connected, motorized locks, but none with the advantages as I’ve outlined.

I was a Setapp subscriber back in 2017. but left the fold because I felt like my money was better spent directly supporting the handful of apps I was using. Today, I rejoined. Somewhat for economic reasons, but also because the selection of apps has greatly improved. I pre-paid for a year, so let's see how it goes this time.

Next
Blog powered by Typepad
Member since 06/2003